Kallista Energy signed a sponsorship agreement with the ONF-Agir Pour la Forêt endowment fund, created by the French National Forest Office (ONF) to restore five hectares of the Eu Forest in Seine-Maritime. The trees on these plots, which were destroyed by the Eleanor storm in 2018, had to be cut down following bark beetle attacks. With this commitment, Kallista Energy reinforces its positioning as an engaged regional stakeholder, working to advance the energy transition and preserve biodiversity alongside local players.

The Eu Forest: one of the largest forests in Seine-Maritime

Located within Normandy and Picardy, in Le Petit Caux, the Eu Forest ranges over 30 kilometres, from the region of Eu to the Neufchâtel-en-Bray and Aumale regions. With its re-vegetated wooded marshes, borders, clearings and old wetlands, the forest is home to remarkable habitats that have fostered the development of a variety of fauna and flora.

The Eu Forest is one of the few French public forests that is “undivided”. Since 1914, it has belonged to two owners: the national government owns 9/10 and the Seine-Maritime department owns 1/10. With six separate masses comprising around 9,300 hectares, it is one of the largest forests in Seine-Maritime.

« The ONF-Agir pour la forêt fund thanks Kallista Energy for its commitment to the preservation of public forests »,
Frédérique Lecomte, Directrice du Fonds.

« The ONF-Agir pour la forêt fund thanks Kallista Energy for its commitment to the preservation of public forests. These forests are currently facing major climatic and health hazards. Support from all players of our society is key to addressing these challenges. », Frédérique Lecomte, Directrice du Fonds.

The plots restored with the support of Kallista Energy were mainly made up of great firs. In 2018, the Eleanor storm damaged these plots, resulting in windfalls. A windfall is a tree or group of trees that have been overturned, uprooted or broken by wind or lightning or succumbed to the weight of snow, ice or time. These windfalls favoured the emergence of a tiny but fearsome insect: the bark beetle. It attacks and kills softwood trees. Their wood becomes unfit for consumption. The bark beetle reproduces very quickly and can decimate entire swathes of forest if swift action is not taken. As a result, the ONF has undertaken to replace the great firs infested with bark beetles with other species, including the sessile oak, which resists insects and should also adapt better to the effects of climate change. The sessile oaks will help to maintain the forest’s biodiversity. One of the major challenges addressed by the ONF-Agir Pour la Forêt endowment fund is making forests more resilient to the effects of climate change.

« Preserving biodiversity is just as important as fighting climate change and we want to make an impact at our level. »,
Frédéric Roche, président de Kallista Energy

« This action is part of Kallista Energy’s CSR actions, which complements our renewable electricity generation business and our roadmap to reduce our CO2 emissions. Preserving biodiversity is just as important as fighting climate change and we want to make an impact at our level. We are pleased to be able to support the ONF-Agir Pour la Forêt endowment fund, which is doing remarkable work on the resilience of French forests », Frédéric Roche, président de Kallista Energy 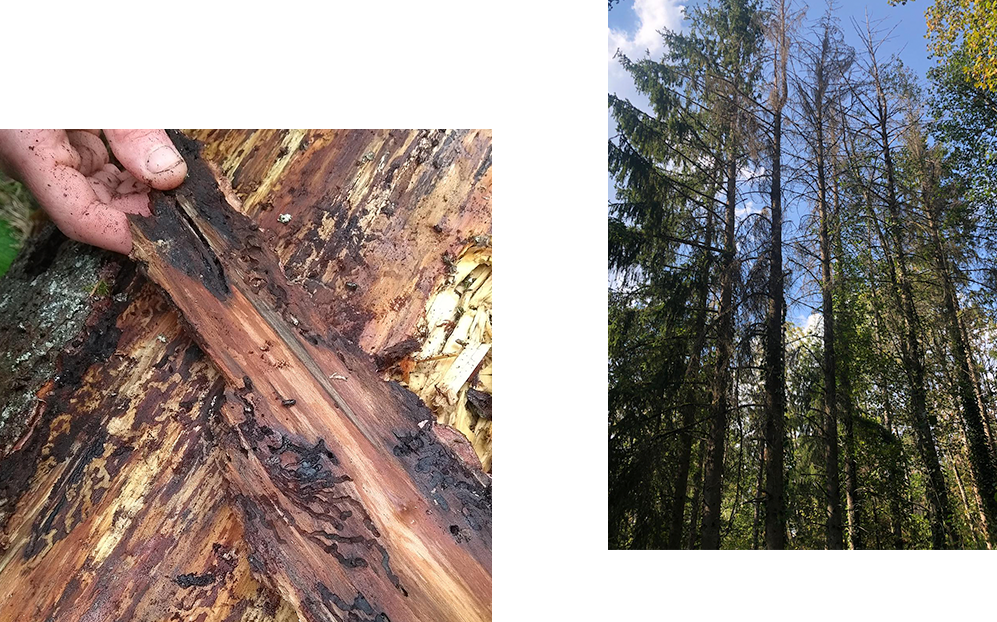 Trees attacked by the bark beetle

The need to preserve biodiversity and create carbon wells

2021 has been identified as a critical moment for biodiversity by the United Nations (UN) as the stakes are decisive for the future of our planet. Biodiversity, which was already a core focus of the One Planet Summit last January, will be discussed at the COP15 in October in China so that governments can make concrete commitments to reverse the current trend of rapid species extinction. Forests, which account for 80% of terrestrial biodiversity [1], are also the second-largest carbon well on our planet, after the oceans [2]. These are essential assets to achieve carbon neutrality by 2050. The trees planted thanks to Kallista Energy will enable around 100 tonnes of CO2 to be sequestered over 30 years. In addition to planting, the ONF’s teams will be able to track the plots for 5 years, thanks to the support of Kallista Energy. 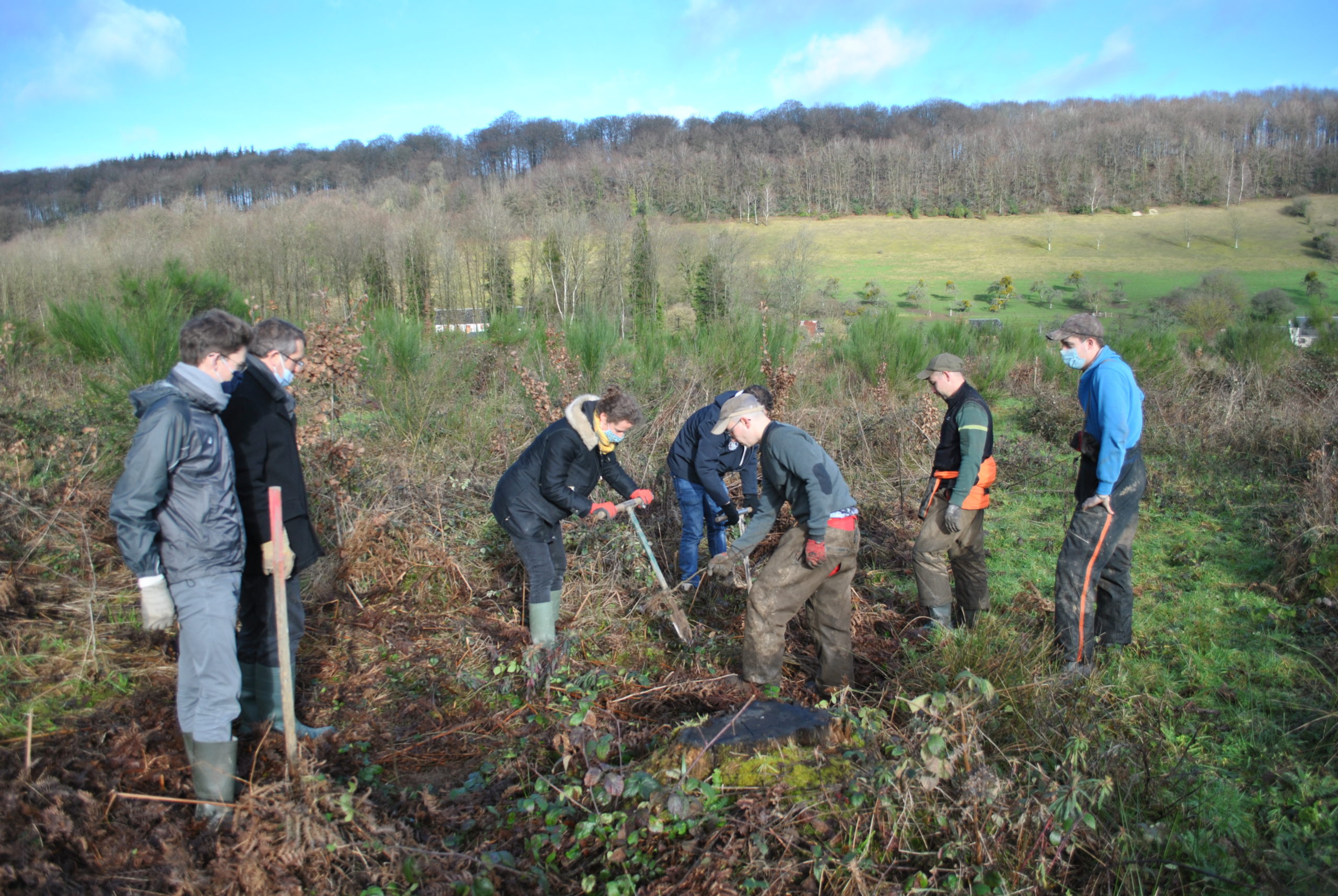 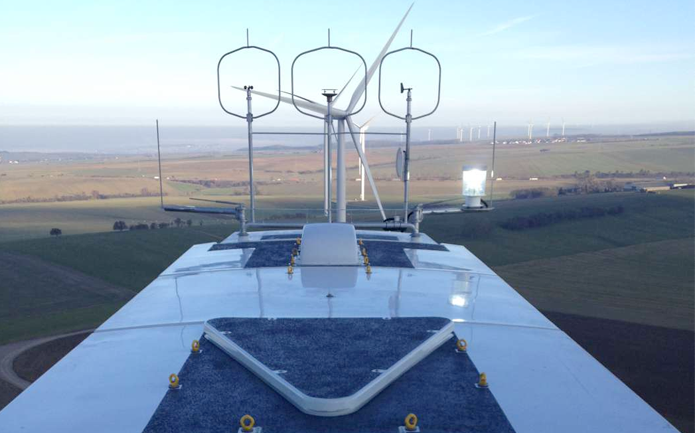 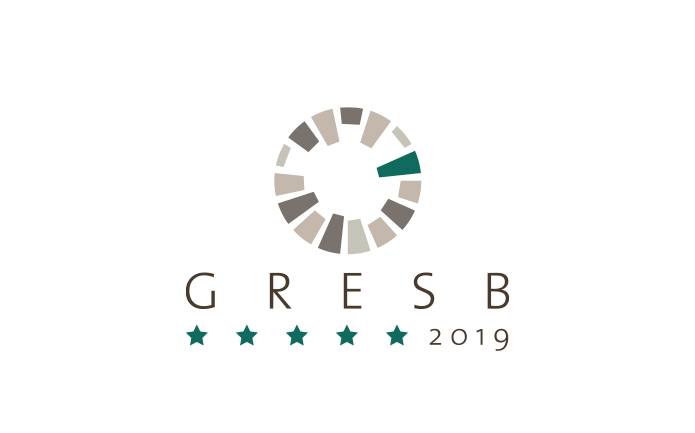